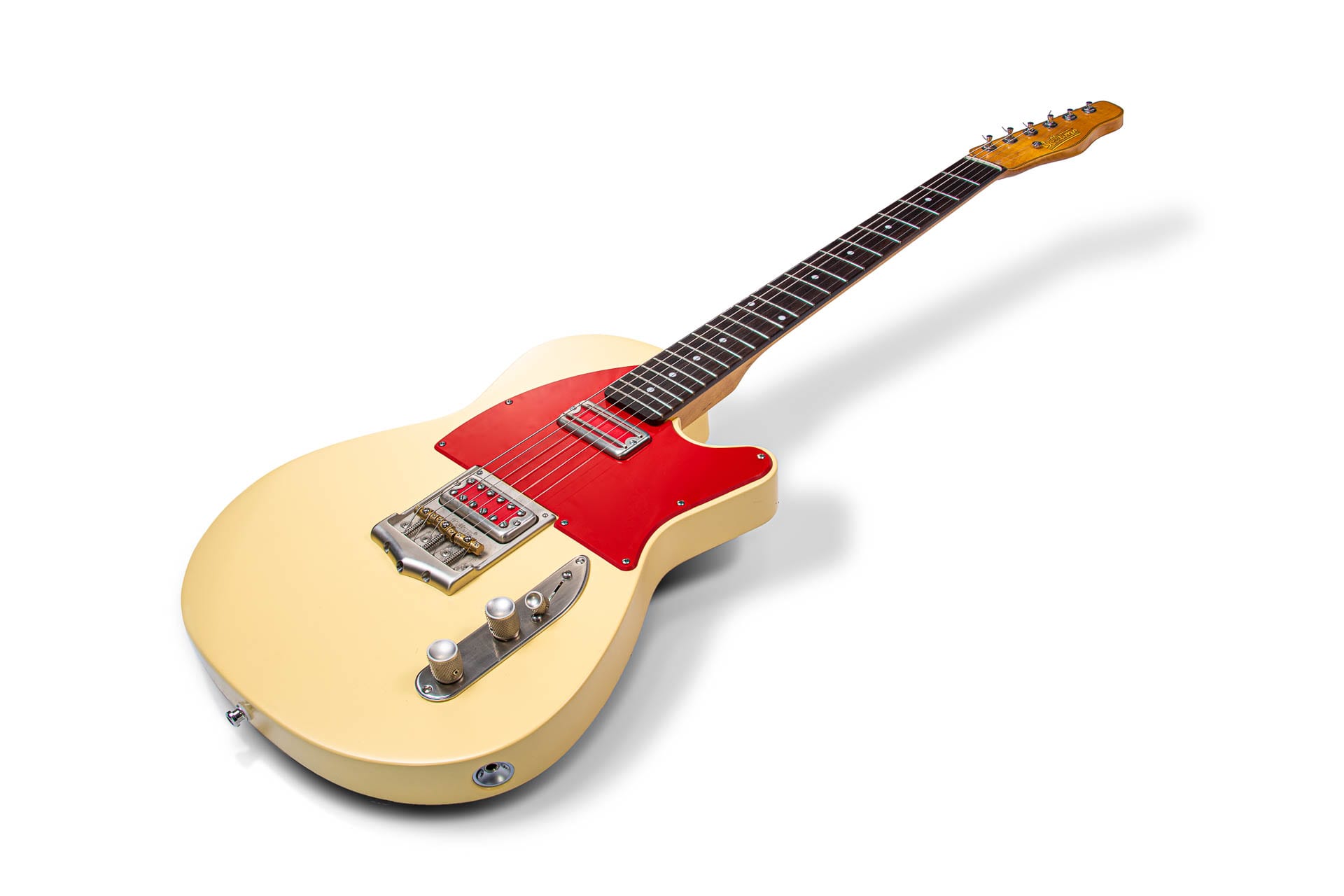 Our mission is to offer a collaborative partnership with guitarists who seek to build distinctive, well-crafted, affordable ‘cool’ guitars … guitars that reflect the Belltone® perspective and aesthetic, but also provide and welcome the guitarist’s creative input in the sonic and visual design of their instrument. 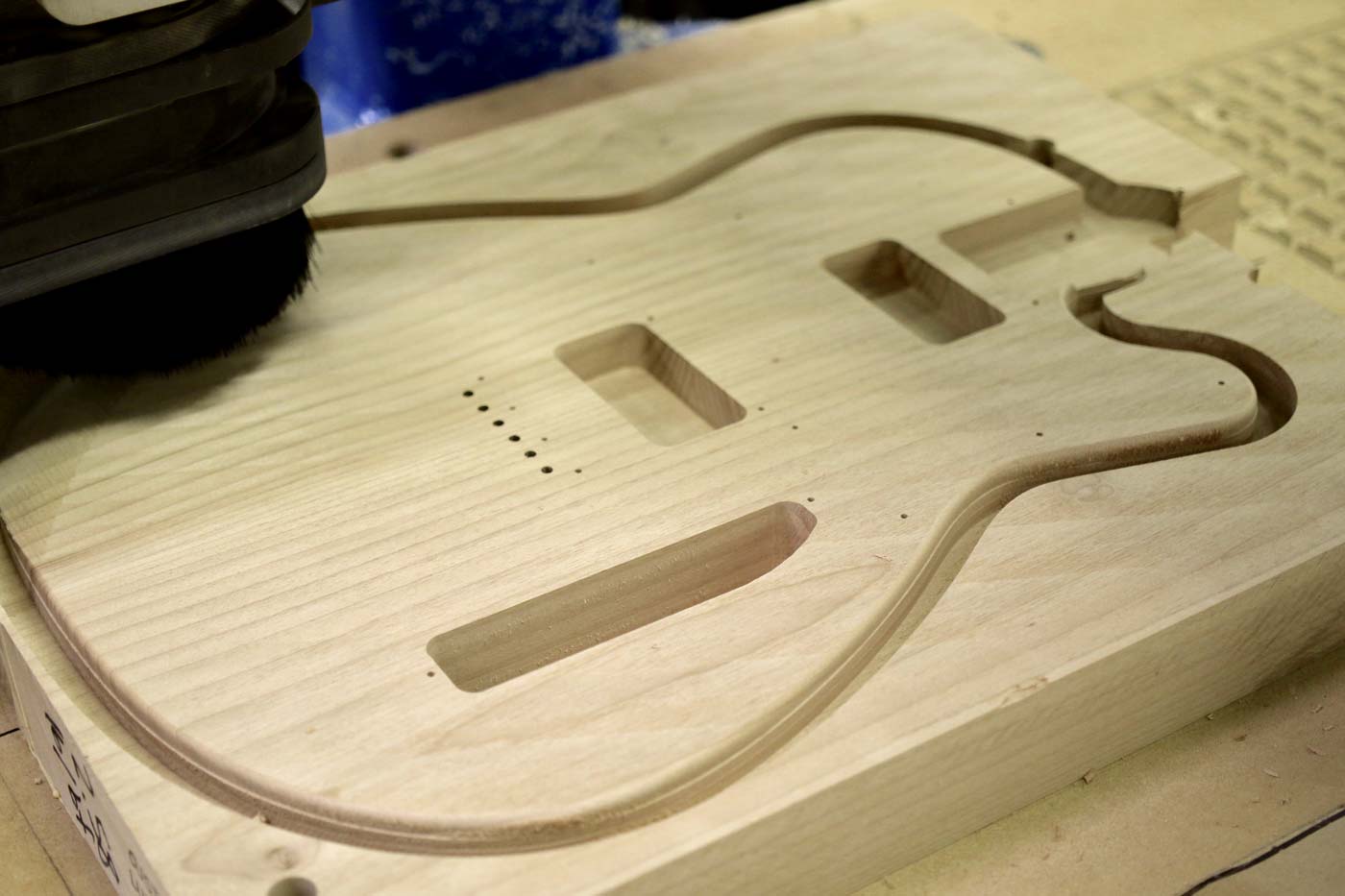 Belltone®Guitars represents the collective effort and commitment of a tight-knit group of skilled craftsmen, each with over a decade of experience in guitar building. This team is guided by the singular creative vision of Stephen King Harriman, founder of Belltone®Guitars.

Belltone® guitars are built in the USA. Each guitar is designed, finished, and assembled by hand, one at a time, on a ‘made to order’ basis.

"...designed, cut, finished, and assembled
by hand, one at a time." 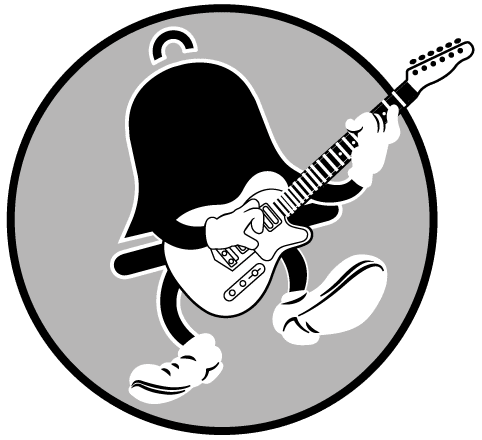 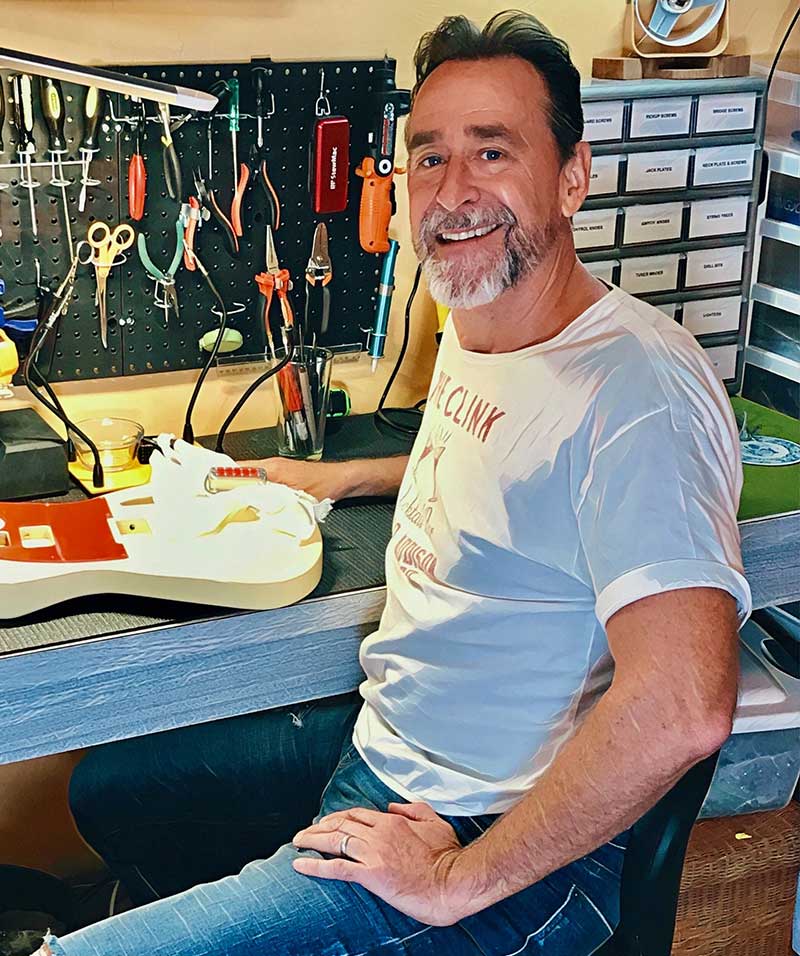 In 1995, Steve said goodbye to his Boston roots, his New England family, and his local rock & roll band mates and headed south with his wife and two young daughters. The move to Miami was a leap of faith . . . a chance to pursue his passion for design, product development, and brand building working for a small, promising apparel company.

The company was successful and quickly grew, and Steve’s career kept pace, advancing to senior executive levels . . . but his passion for direct, hands-on involvement in design and product creation never waned.

Likewise, his love of writing and playing music and all things guitar and gear-related stayed strong. He formed a new rock & roll band and continued to devote more and more time to tweaking and modding guitars. His creative approach remained the same as it always had been, exploring the ‘one-off’ or slightly less mainstream concepts in a desire to realize a more distinctive and yet still classically familiar aesthetic.

In 2016, Steve started his own company to design and build guitars. His guitar offering was based on various modded versions of Les Pauls and Telecasters, sold online and in local Miami guitar stores. In early 2017, he trademarked the Belltone® name for his own brand.

In 2019, Steve reimagined the business model for his brand. Working with his long-time colleagues and skilled craftsmen, he launched the new Belltone®Guitars … offering his experience, passion, and creative vision in a design partnership with fellow guitar lovers to create ‘cool’ customized guitars … all at an accessible value compared to the broader custom-built boutique guitar market.

We use cookies to understand how you use our site, give you an awesome experience, and deliver our services. By using our site, you acknowledge that you have read and agree to our Cookies Policy.I Accept